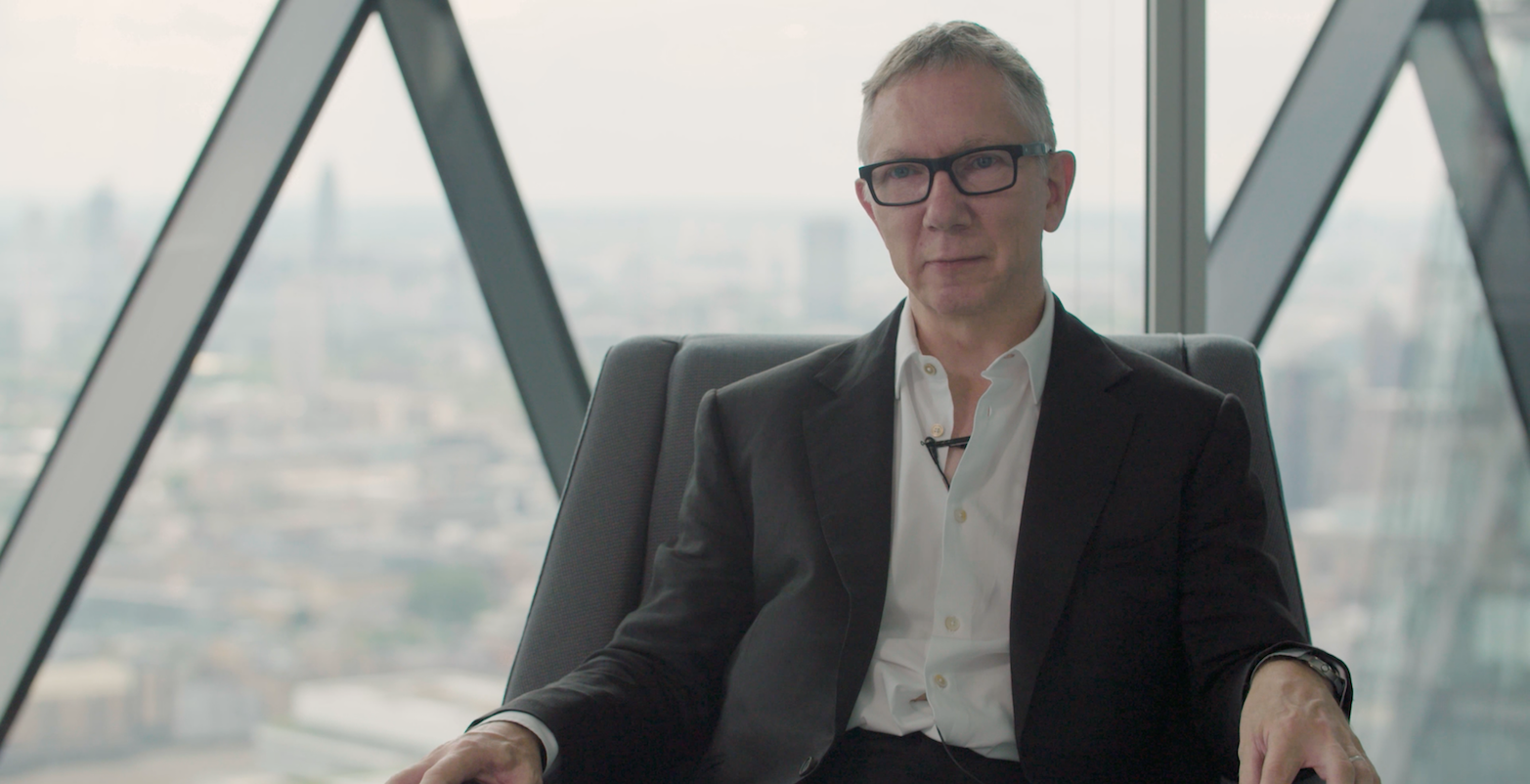 In this episode of our ‘Inside the Archive’, architect, author, and Publisher at Circa Press, David Jenkins, remembers his earliest encounter with Norman Foster. While working on articles dedicated to Foster’s architecture, Jenkins’s ability to persuasively present compromised projects in a positive light won Foster’s admiration. It would be over a decade later when Jenkins again collaborated with Foster, moving into the studio itself.

As part of the in-house publications team, Jenkins witnessed the studio’s rapid growth, something which he notes seemed “unbelievable” at the time. Working towards a new series covering Foster’s career resulted in a year of experimentation with different materials, in order to reach a design which realised Norman Foster’s wish for a different presentation to earlier publications.

The result was the acclaimed six-volume series of Works, published by Prestel. Jenkins remembers the seminal influence designer Otl Aicher had on the studio, and his role in producing an earlier series dedicated to Foster’s oeuvre. This led Jenkins to constantly assess his own volumes in light of Aicher’s example, with the latter acting as “an invisible guide”.

With this experience, Jenkins warns about current trends in architectural publication. Photography can be “a grey area”, especially with regard to retouching, and he makes clear a strong distrust of renderings. The present state of architectural criticism likewise a cause for concern.

On a positive note, Jenkins notes how the Sainsbury Centre was for him a “pure and enchanting” ideal, and that he was “absolutely captivated by it”. Its architect Jenkins respects hugely as “a one-off” whose career resembles “an American success story”.