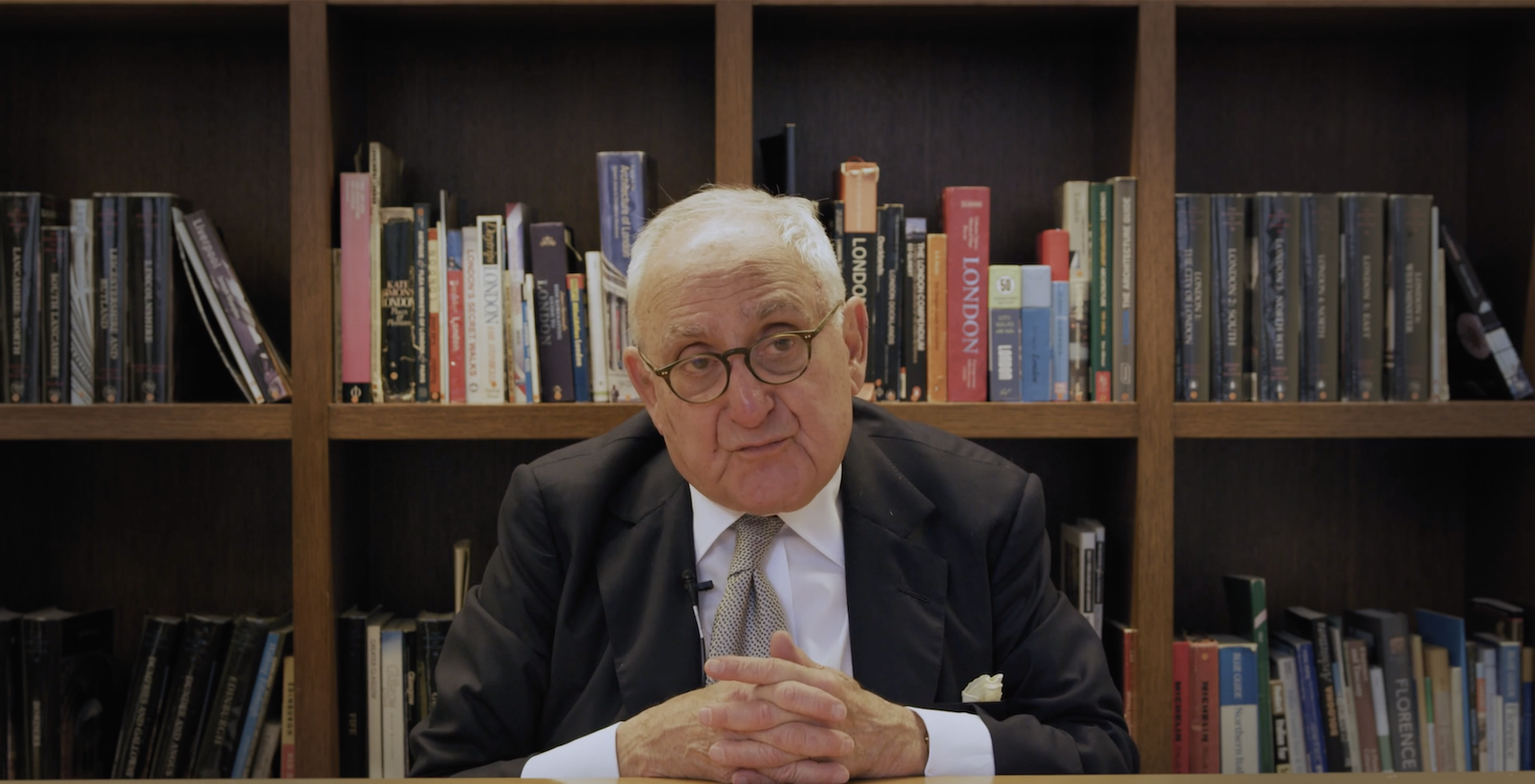 In the twelfth episode of the ‘Building the Future’ series, we join architect, academic and author, Robert A.M. Stern, Founding Partner of Robert A.M. Stern Architects, who remembers his period as a student at Yale University. At a time when the university did not have a sizable international intake, Stern recalls that Norman Foster arrived with a sudden influx of English students; “the British invasion before The Beatles”.

Stern draws our attention to two influential figures at Yale: Vincent Scully and Paul Rudolph. Scully was based in Art History, but his compelling lectures were attended by all architecture students. Rudolph, as Chairman of the Department of Architecture, had “a fierce dedication to architecture” which Stern notes Norman Foster respected then as now.

Describing Rudolph’s assignments as “horrendous projects” with one-week deadlines and groups pitted against one another, Stern notes that Norman Foster already had a competitive urge before arriving at Yale. The experience of studying under Rudolph “honed and sharpened” his abilities, as did his time working for leading American firms of the time, such as Anshen and Allen, to which Stern makes comparison with Foster + Partners.

Of the continuing value of architectural education, Stern applauds Norman Foster’s creation of a new Chair at Yale, ensuring that a new generation of architects gains a richly formative experience, attracting international architects. Stern concludes by encouraging students to draw by hand, noting of Norman Foster that: “he still draws, and that’s the key”.