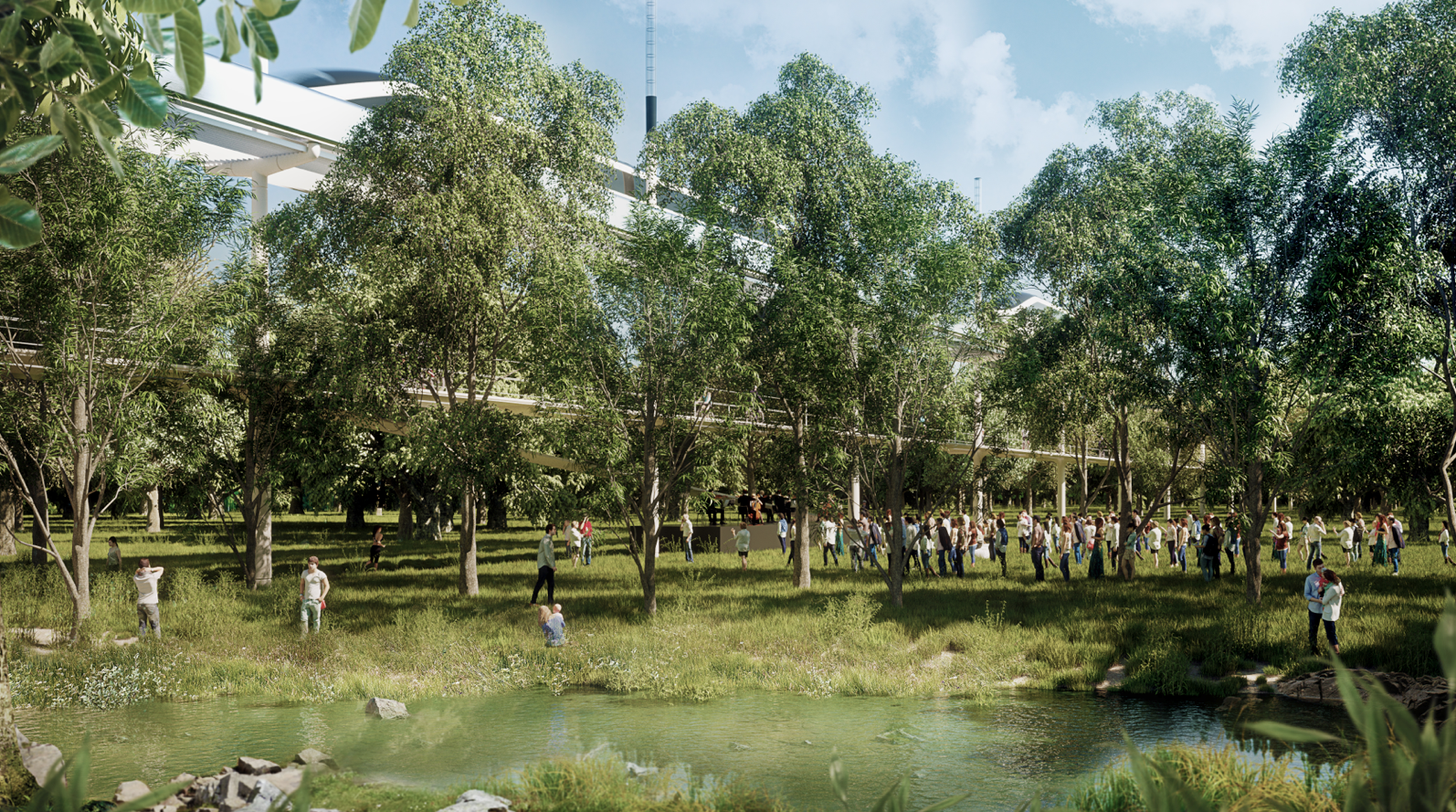 The Norman Foster Foundation is collaborating with BYD in the design and implementation of a new straddle-beam monorail system.

From the end of the nineteenth century until recently, monorails have captured the imagination and consistently featured in science fiction visions of the urban future. Aside from their Space Age imagery, they are relatively inexpensive and quick to install when compared with the cost, time and disruption of excavating underground tunnels for subway systems. While there are dozens of urban monorail systems in operation or under construction today, surprisingly, these systems—just as with conventional urban rail systems—are usually conceived in isolation from other urban needs.

However, new technologies could change the reality and perception of monorail systems, especially if the supporting structures could accommodate other urban benefits such as elevated decks for cyclists and pedestrians, landscape, and city farming. New generations of monorails could improve urban mobility by augmenting existing subway, rail and road networks. Because of their compact footprint and tight turning circle, they can be easily threaded through densely built-up areas. Regarding the newly planned communities, this concept opens up an exciting range of opportunities in which the infrastructure of movement and the architecture of buildings can physically merge together.